The aphids I've encountered come in two forms. Winged and unwinged. Both types of aphid appear to be really dumb because they just sort of hang out on the underside of your leaves. What they're doing is poking into your leaves and sucking the sap out of them.  I usually start encountering aphids around late-July when they show up down on the lower leaves of your cannabis plant. A few aphids here and there isn't going to hurt you too much, but as they multiply they will work there way up the plant and begin to affect the general health of your marijuana plant. 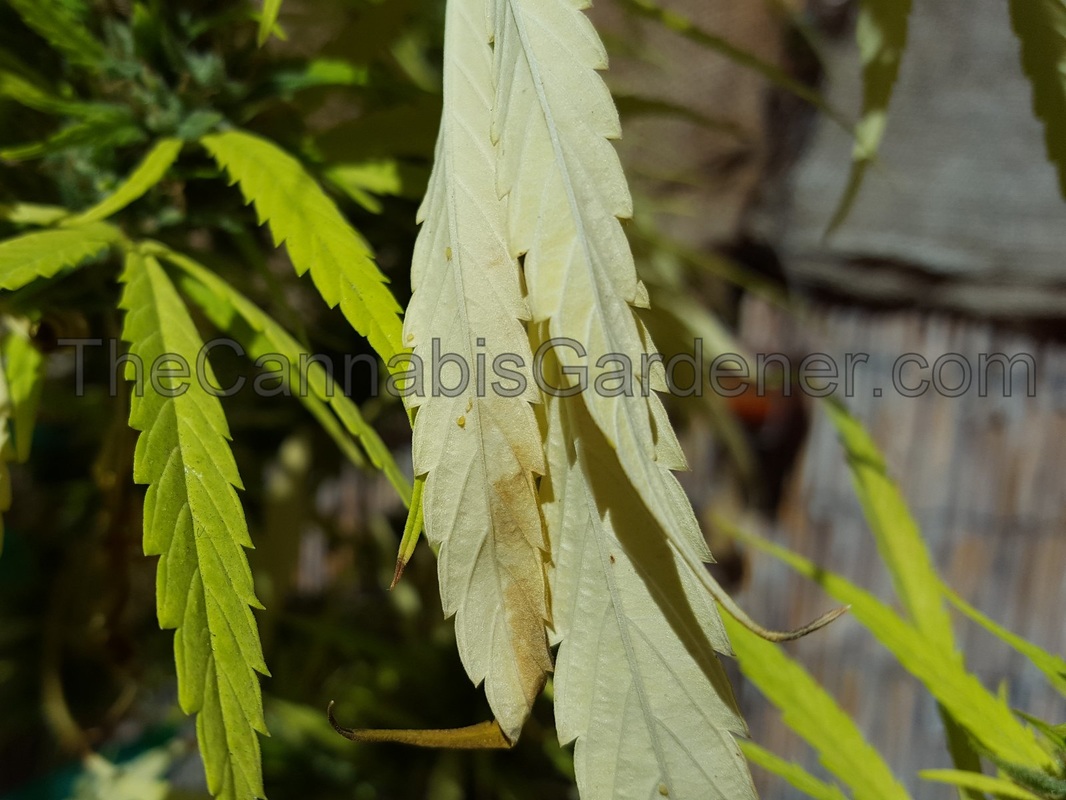 Remove these yellow aphids by squashing them with your finger or spraying off with water. In the world of cannabis pests, aphids are pretty low on the totem pole.
During your normal daily routine of checking your plants, you'll want to make sure and inspect the underside of your leaves for aphids. The unwinged guys have soft little yellowish-green bodies and as mentioned they're very dumb. The winged guys I've encountered have been black, green or red and they usually sit right up on top of your leaves or buds. They're just as dumb as the unwinged guys.

You'll encounter Thrips pretty early on in the lifecycle of your plants, perhaps three weeks from sprouting. They look like little wood splinters on your green foliage that move around. Thrips feed by scraping the chlorophyll from the tops of your leaves, so if you see little scrape marks on your green leaves that means you have some Thrips running around. That diminished leaf chlorophyll  will slow your overall growth and, as mentioned early, lower your plants' immune system. They're easy to fix, so let's fix them. You won't have much success removing them manually because unlike the lazy, fat-bodied aphids, these guys are skinny and squirmy. But voila, we have an organic spray called Monterey Garden Inspect Spray with Spinosad that will take care of them quite easily. Spinosad also works for other pests too, and of course I wouldn't recommend something to you that I don't use myself. One bottle of this will last you a couple years at least.

Leafhoppers. I just don't get these guys.

Really, I can't figure out what in the hell leafhoppers are actually doing with my plants. I've read that their main danger comes from them transmitting diseases between plants. Okay, but what do they eat? I see these guys on my stems, make a move towards them, and they shift laterally to the other side of the stem until I can't see them. In a way they're kinda funny, but they're still considered a pest so I get rid of them when I can.  Leafhoppers look sort of like click-beetles. You'll rarely see them actually navigating your plant, instead you'll find them sitting idly on a stem as you do your normal inspection. If you're quick you can sometimes remove them manually but if not, the ever present Monterey Garden Inspect Spray with Spinosad takes care of them. 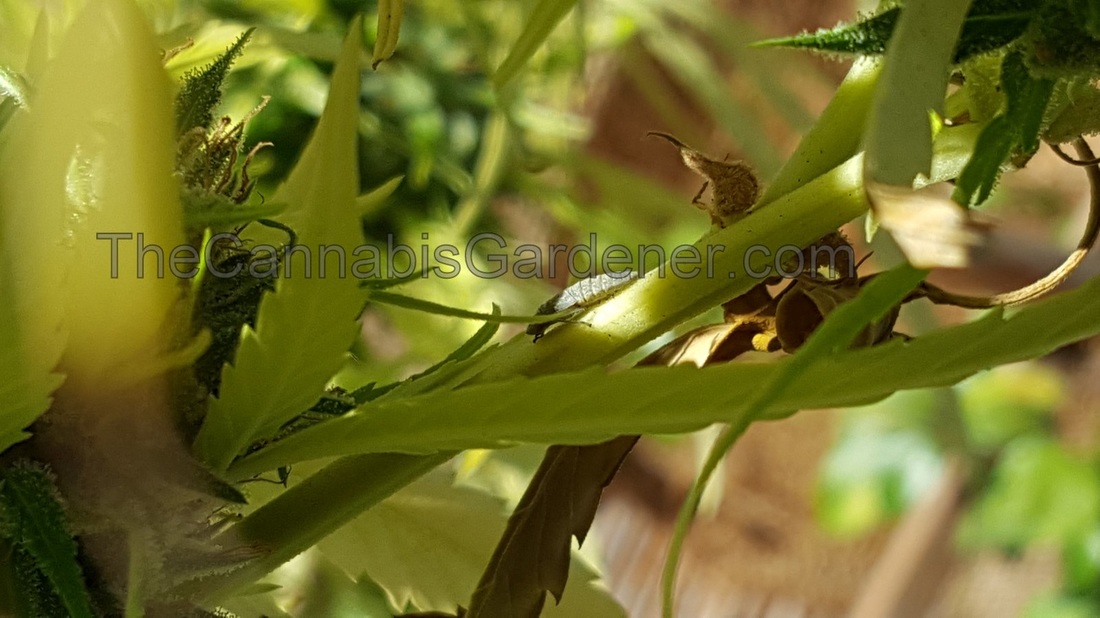 A Leafhopper on a cannabis plant. I still don't know what the hell they do to weed plants but they're classified as pests so they should be removed.